General Information:
Atherosclerotic plaque can cause swelling in the carotid artery, preventing blood flow to the brain, and sometimes cause clotting, and as a result of these events, stroke and paralysis can develop. Surgery to remove the inner layer of the aorta (carotid) including the atherosclerotic plaque is called carotid endarterectomy. Many studies have shown that carotid endarterectomy surgery prevents stroke and paralysis that can develop as a result of carotid stenosis and is the most effective treatment method known in this field. There are two carotid veins on both sides of the neck that carry oxygenated blood from the heart. Approximately at chin level, these veins are divided into two separate veins, internal and external. While the outer carotid feeds the veins that nourish the face and scalp, the inner carotid feeds the brain by entering directly into the skull.

As people age, cholesterol and fat circulating in the blood begin to accumulate in blisters called plaque on the inner surface and wall of the veins. As the plaque grows, the veins begin to narrow and harden. This is called vessel stiffness or atherosclerosis which is its medical name. In the carotid, the plaque usually develops in the inner and outer carotid where the vein divides into two and extends more to the inner carotid. As the surface of the plate is uneven, it begins to be covered with blood clots over time. As this phenomenon progresses, the vessel is completely blocked and the blood flow to the brain decreases significantly, and this usually results in paralysis. In addition, the gradual swelling of the plaque can ultimately cause it to break and the fragments in the vessel wall to go to the brain and clog the smaller vessels in the brain, resulting in paralysis, blindness and speech disorders. The plaque, which breaks this way and leaves a hollow, carries a greater risk.

Endarterectomy surgery is performed for plaque that causes enough narrowness to cause a stroke. Endarterectomy is still one of the most common vascular surgeries.

When is an endarterectomy done?
Endarterectomy should be performed if there is severe stenosis that can cause the threat of paralysis and if this has caused temporary or permanent paralysis, blindness or speech disorders in the patient.

Carotid endarterectomy is performed before, during or after, depending on the condition of the patient, in people who will undergo cardiac bypass surgery due to disease in the coronary vessels.

In some cases endarterectomy should not be carried out because of the high risk:

– People of advanced age or a serious disease such as advanced stage cancer,

– Patients in whom access to the carotid artery is difficult and dangerous,

– Situations with other accompanying diseases in the cerebral vessels such as aneurysm.

Before Surgery:
A carotid color Doppler ultrasonography or magnetic resonance angiography or an angiography are the main workups or examinations that should be done before the operation. Patients should not have high blood pressure before surgery. 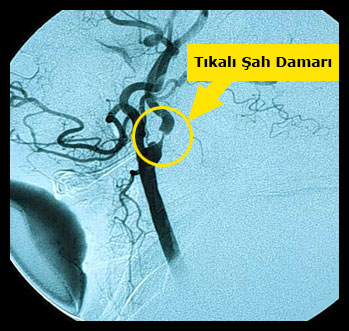 How is it done?
The surgery can be performed by local anesthesia with an injection into the neck or general anesthesia. After the neck is cleaned to reduce the risk of infection, a longitudinal 10-12 cm long incision is made and the carotid vessels are located. Since there are many vessels and nerves in this area, the procedure must be done very carefully and meticulously. Subsequently, after delivering heparin, which prevents blood clotting, to the patient intravenously, the carotid artery is temporarily closed by tightening special forceps from above and below. The vein is opened longitudinally and the plaque causing stenosis is scraped off the vein wall together with the inner layer of the vein. In the meantime, if there is any sign that the brain is bereft of blood, a temporary tube called a shunt is placed into the vein to continue blood flow to the brain. Subsequently, peeling off the plaque is continued and when the procedure is over, the vein is closed by using a vein part as a patch. Then the clamps on the vein are removed and blood flow is reinstated. An average operation takes approximately 1-1.5 hours, and the jugular vein is closed for 20-30 minutes. 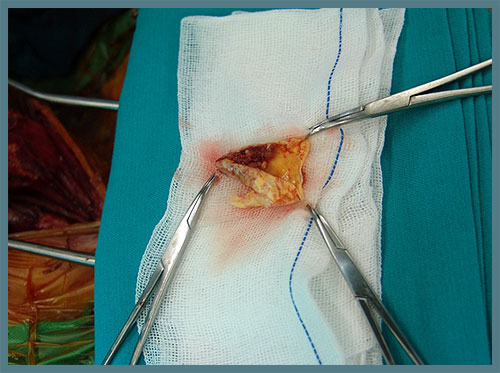 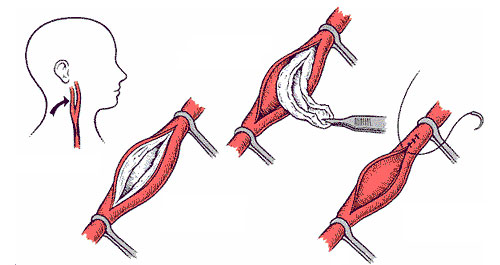 Post-operative narrowing of the vessel can be encountered in 6% of patients. In order to prevent this, patients are advised to maintain their ideal weight, not to consume foods containing high cholesterol and saturated fat, to exercise and take their medications regularly.

Possible side effects (Complications)
Although carotid endarterectomy is a proven treatment method in reducing the risk of stroke and paralysis in the future, there is a possibility of paralysis during surgery. This risk is about 1-3%.

Another problem is that the nerves in the neck are damaged due to surgery performed in the neck region, and as a result, hoarseness, difficulty in swallowing or restriction in tongue movements can occur. Most of these are temporary.

Major conditions that increase the risk of surgery:

Write Us, We Will Answer